Bigger Is Better, Much Bigger Is Much Better It’s really no secret why PokerStars is the most popular online poker site in the world. It’s really the fact that big traffic begets more traffic. Online poker players love big traffic, and for very good reasons.

Now Bovada doesn’t have anywhere near the poker traffic that PokerStars does, nor does anyone else, but Bovada has risen up to third place in the world among all poker sites, in impressive fashion.

Back when PokerStars pulled out of the U.S. market, after Black Friday, and Full Tilt Poker, Ultimate Bet, and Absolute Poker shut down, these were the most popular poker rooms serving the U.S. market at the time, and many felt that this dealt a death blow to online poker in the United States.

There were some smaller poker rooms that remained in the game, and the battle became to see who would step up as a the big dog, the major online poker room that would still serve this large American market.

As time passed, it was Bovada that fulfilled this role, as their superior operation and poker site provided the foundation for their ascent to the top.

Nowadays, they are the new PokerStars of the U.S. market, and have forged out a dominant position in the market, with more than twice the number of players than their nearest competitor. This fact alone makes Bovada an overwhelming choice.

Players want to play whatever they want to play, at the stakes they want, and when they want. The worry was that when Poker Stars and Full Tilt went away, there wouldn’t be a poker room that would be able to pull this off again. There certainly weren’t any at the time, including Bovada.

However, due to the tremendous growth that Bovada has seen since, they have emerged from the pack of smaller online poker sites to become a major player, and offer American players an unequaled and unrivaled selection of games, stakes, and limits, by virtue of building such a strong following.

Not only is Bovada’s traffic as good as it gets, by a wide margin, for American online poker players, it is more than adequate, where you can find a ton of games and lots of things running at them even in the middle of the night.

A big advantage that Bovada enjoys that its other U.S. friendly competitors do not is having a big reach outside the U.S. as well, from sharing its network with Bodog. While Bovada’s competitors may have a presence outside the U.S., it’s a pretty minor one, where Bovada has plenty of players in other time zones around the world to provide a lot more action during non peak times in the United States.

The Numbers Also Speak About The Quality Of Bovada

While momentum does help a lot in building up traffic numbers, meaning that if a site is busier, it will be more appealing, and therefore get even busier, this is only the case if the quality of the poker room also stands out.

People simply do not want to play at inferior poker sites and those there will leave if they aren’t happy. Bovada has managed to not only provide a superior poker experience to their players, they have also earned the trust of more and more players as time has passed.

This has allowed Bovada to build a great reputation in a field where the reputation of some of their competitors have been less than stellar to say the least. The trustworthiness and the reliability of a poker site is extremely important, as we have seen from some competitors having to close down and others making their players wait forever for withdrawals, and it’s a huge benefit to know that none of this nonsense goes on at Bovada.

Players do ultimately vote though and the numbers that Bovada has managed to build up speaks for itself as far as the superiority of this poker site overall is concerned. 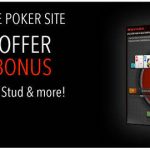