If you are from the online poker world, it is worth noting that there are some adjustments that you have to be making in order to exploit live opponents. If you fail to make these adjustments, you will not profit as much as you could when playing in live poker games.

Knowing what adjustments to make is all about identifying the differences between online and offline poker games and adjusting accordingly based on the game environment changes. For the most part, the games attract different types of players. Live cash games especially at the lower stakes tend to be full of loose passive players, making them less aggressive than the online poker cash games which are played on the virtual felt. You make the most from the bad players, and there are plenty of them in live poker rooms.

The typical 3x-4x open raises pre-flop are the norm in online poker games, but in live poker games you should expect the pre-flop sizing to be a lot bigger. Most initial raises will be 5x or 6x the bb and it is not uncommon to even see 8x-10x raises before the flop get called. The bigger sizing means you can get more into the pot the times you expect to have the best hand, and can more easily get your whole stack in by the river. You also get to bluff opponents that missed the flop in heads up pots, allowing you to steal pots that weren’t rightfully yours.

Live cash game players will do lots of limping with mediocre holdings and don’t know how to fold hands. They didn’t make a trip to the casino to always fold. They will also call raises after limping in, but there is much less 3-betting and 4-betting taking place. When you see a live player 3-bet, they will generally have a strong hand like Aces or Kings. Hence, unlike online poker cash games, you can expect to be involved in plenty of multi-way pots with lots of players, as a result, pots tend to be played in a more straightforward manner post-flop.

As you would have probably already predicted, you primarily want to play hands for value, and raising limpers whenever you can expect them to call with a worse hand. The primary objective is to start building the pot so you can reasonably expect to get your stack in with the winning hand and win a massive pot. Denying yourself this opportunity when your opponents would have paid you off is a huge mistake you want to avoid in your own game.

Speculative hands like suited connectors and small pairs go way up in value in soft live poker games because with more players involved in pots, the greater the likelihood someone will also made a hand they can call with, increasing your chances of getting paid off when you make a big hand yourself.

You need to be willing to change gears in live cash games. Tighter live players offer a different challenge. They only like to play good hands, but they are also less likely to get attached to hands when the board looks scary, and you can exploit their willingness to fold. This is especially true when the TAG player is out of position in the hand.

As such, you want to be opening up your raising range on the button when you have tight players in the blinds. They will fold a lot, and stealing the blinds will add significantly to your overall win rate. Even when you get called, there will be opportunities with position to steal pots on later streets. But when you play a wider range of hands, you want to know your way around post flop, because you will be wanting to win pots that aren’t rightfully yours. Playing more hands definitely beats folding all day; just make sure you target the right opponents! 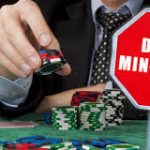 © 2020 Bonus Code For Bovada Casino, Poker and SportsBook.
Bovada is the largest online gambling site for players from the USA. We are here to bring you the best Bovada Bonus Code to increase your bankroll before gambling online from the USA. If you have a gambling problem please seek help.