Week 1 of the FBS college football season is getting an early start – literally. It will be noon local time (10 PM ET, ESPN) when the Hawaii Rainbow Warriors play the California Golden Bears this Friday at the ANZ Stadium in Sydney, Australia. The Bears have opened as massive 20-point favorites, although the early action has been on Hawaii.

The Warriors have seen better days. They went 3-10 SU and ATS last year, dropping all eight of their conference games in the Mountain West. Nick Rolovich, a former quarterback and offensive coordinator at Hawaii, will try to resurrect this program in his maiden voyage as a head coach.

California enjoyed a reasonably good 2015 campaign at 8-5 SU and 6-7 ATS, ending the season with a convincing 55-36 win over Air Force (+5.5) at the Armed Forces Bowl. But the Bears enter their fourth year of football under Sonny Dykes with lowered expectations after QB Jared Goff went No. 1 overall in the NFL Draft. It's up to new starter Davis Webb to pick up the slack; Webb transferred from Texas Tech after finishing his degree, and looks like a comfortable fit in the Bear Raid offense. 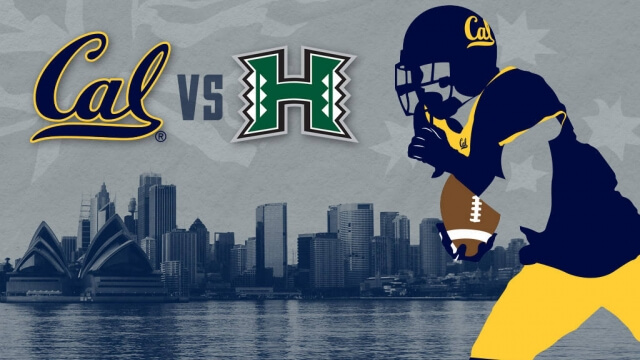 Copyright © 2004-2022 All About Bovada – Get the best Codes for Poker, casino, and sports.
Bovada is the largest online gambling site for players from the USA. We are here to bring you the best Bovada Bonus Code to increase your bankroll before gambling online from the USA. If you have a gambling problem please seek help.